Some of KOTUG Canada’s personnel have been trained in providing spill response having worked in Eastern Canada’s offshore energy sector and having assisted the Eastern Canada Response Corporation (ECRC).  KOTUG Canada is also working closely to support the West Coast Marine Response Centre (WCMRC) and their operations off British Columbia.

KOTUG Canada parent company, Horizon Maritime was contracted by the Canadian Coast Guard and Ardent Marine, for oil recovery and cleanup from sunken vessel Manolis L off the coast of Newfoundland & Labrador. This included supply of MPSV (multi-purpose support vessel) “Horizon Enabler” as the marine platform for the fuel disposal from the sunken vessel Manolis L with two WROV’s in operation for the project. KOTUG Canada and it’s partners continue to build capacity in this respect via the Government of Canada’s Abandoned Boats and Wreck Removal programs.

In addition, due to Horizon Maritime’s operations in Ft. McMurray, Alberta, the parent organization has extensive experience in oil boom deployment/recovery as well as issues relating to marine contamination on the ponds.

In addition, due to Horizon Maritime’s operations in Ft. McMurray, Alberta, the parent organization has extensive experience in oil boom deployment/recovery as well as issues relating to marine contamination on the ponds.

KOTUG International has an exclusive agreement with the Australian Maritime Safety Coastguard (AMSA) for the provision of a dedicated emergency response and oil recovery vessel – Coral Knight. The Coral Knight is an anchor handling tug supply vessel modified to fulfil the role of our dedicated emergency towage vessel (ETV) capability. This is the only ETV of its type in Australia and operates in the particularly sensitive sea areas of the northern Great Barrier Reef and Torres Strait. The vessel has its home port in Cairns but spends the majority of its time patrolling at sea, available for emergency towage tasking by AMSA should a maritime casualty occur. It is particularly suited to emergency towage with a bollard pull of 82 tonnes. 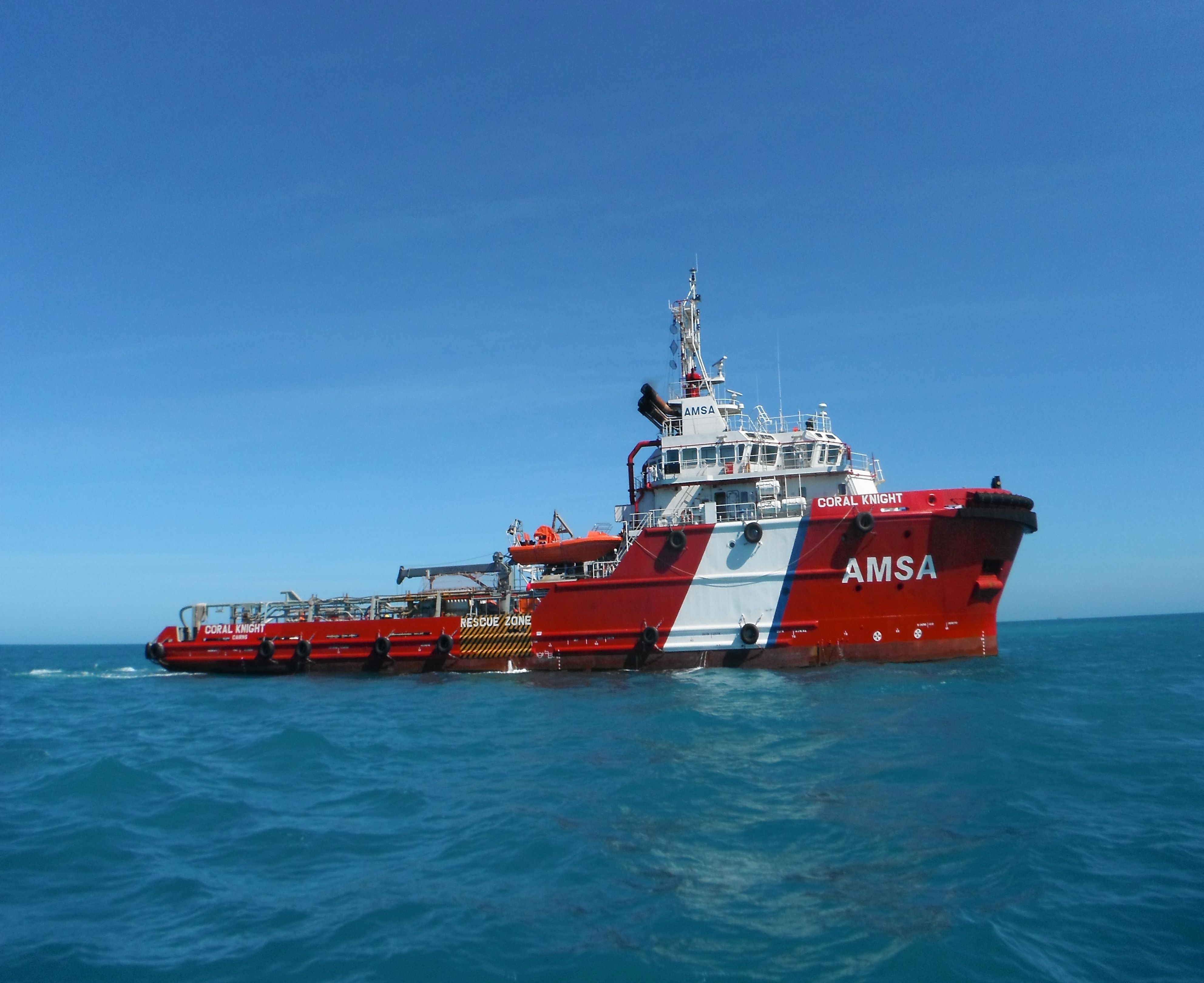